OK, yes I know I’m late posting this final assignment to the course, but at the end of last week life seriously got in the way!

Regular Blogonaughts will know of my friend G and his battle with leukaemia. Things have been a bit up and down for him of late, but his mental therapy and release from the cancer treatment has been riding motorbikes. Until last week, when the poor chap was knocked off his bike by a crazy pedestrian.

The lady in question, in her 60’s and lets just say rather large (no lets just say fat!), ran across the road without looking and collided side-on with G and his motorbike. Fortunately G was only travelling at about 10mph and even better was being followed by a Police car whose occupants saw the whole thing happen. Even so he ended up with a broken wrist and bruises all over. G’s pride and joy, his Triumph Bonneville Scrambler, was written off!

Worst of all, he can’t ride for six weeks until his wrist knits back together!

So in tribute to my mate, for whom life just seems to throw even more crap at, here’s a picture of him on his Triumph in happier times. As always, thinking of you mate! 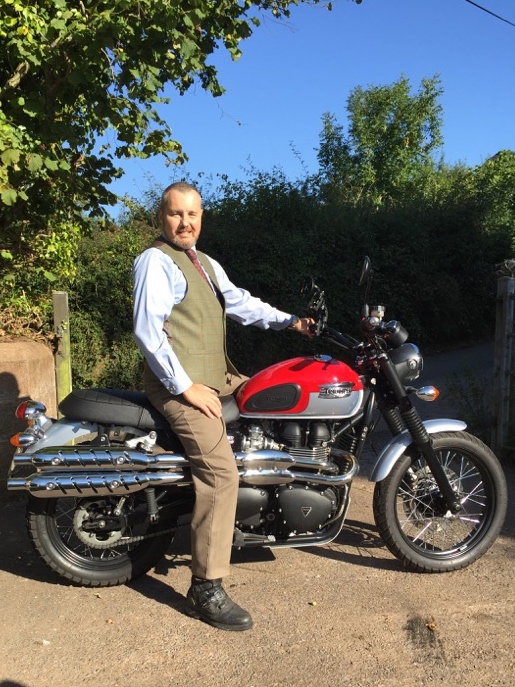 Oh yes, the pedestrian? Well, her ample rolls of lard protected her from serious injury, she needs to be grateful that G was not on a bigger bike or a car!

On the assignment front I couldn’t resist playing with monochrome again.

This is a small carving that can be found on the beach at Tintagel on the North Cornwall coast. The lady’s hand gives scale and also adds a stark degree of contrast to the slate rock, especially in black and white. I hope you like it. 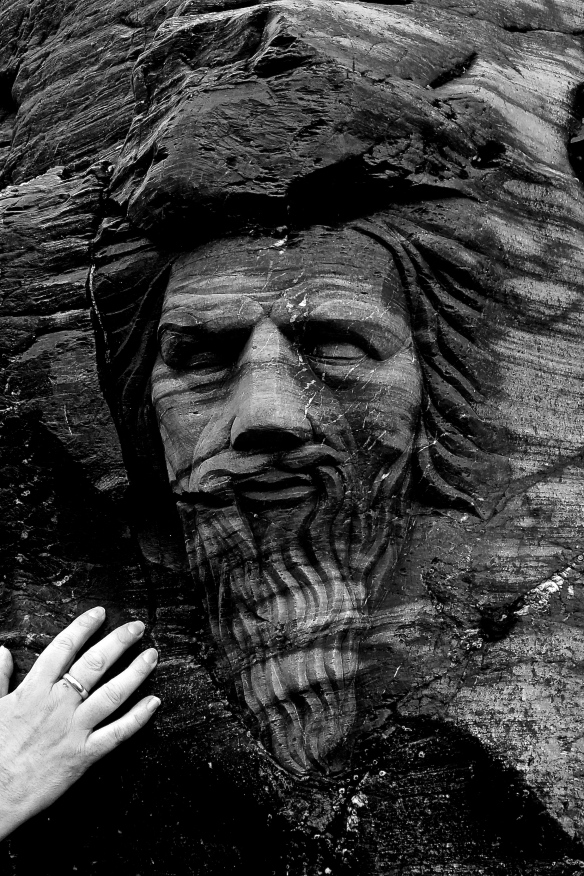