The first storm of the Autumn set in over Cornwall yesterday. Winds along the North coast peaked at gale force eight, that’s around 46mph/74kph. Rain was pretty relentless and quite unpleasant.

It’s been a couple of weeks since we returned from Brittany and I suppose we’ve been spoilt as the weather has generally been pretty fair. This year the golden colours of the season have been stunning; so many people have been talking about it that I’m sure it’s not just my imagination. – Well Mrs Dookes says so anyway!

When Monday dawned bright and sunny it occurred to me that if I was to believe the forecast I really needed or get out, ride and simply enjoy. In other words, a typical Dookes day on two wheels, all legitimised by Mrs D asking me to pick up some shopping!

First stop was the ancient market town of Launceston, which really deserves a post all of its own one day. Once provisions were purchased it was time to gently hit the road.

I say “gently” because it was that sort of day; soft golden light, a slight chill in the clean air, azure blue sky and golden leaves all around. No need to rush this ride, just sit back and enjoy. 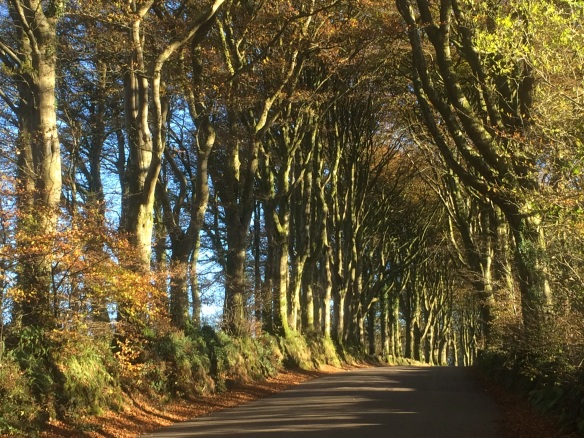 I have a bit of a love affair with the old “London Turnpike” road out of Cornwall. It has been one of the most important British roads since the 17th century, when it was a major coaching route. It’s a road that’s seen plenty of history over the centuries, in 1805 the news of Admiral Nelson’s victory and death at Trafalgar was conveyed by carriage along it’s 284miles. In 1923 the road was given the grand title of “A30” and official recognition of it’s status as the major trunk route from London to Penzance. Then, when traffic became too heavy for it’s cart-horse based civil engineering, it was replaced by it’s modern dual carriageway namesake. Today the old road is classed as a minor route and certainly the lack of traffic reinforces this, it’s been given the delightful title of “The West Devon Ride” and what a lovely ride it is on two wheels! 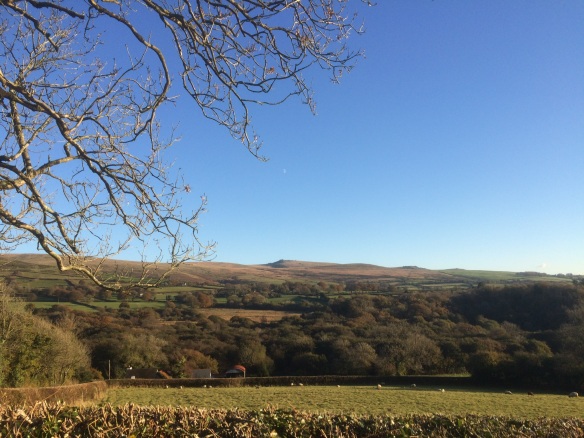 With the sun on my back I let “Baby Blue” purr along at around 55mph, like I said I wasn’t rushing around at all. Mostly the road lay dry in front of us, but in places, where the shade was deep, damp leaves lay lurking ready to lubricate the road as good as any oil slick…oh the joys of Autumn motorcycling! 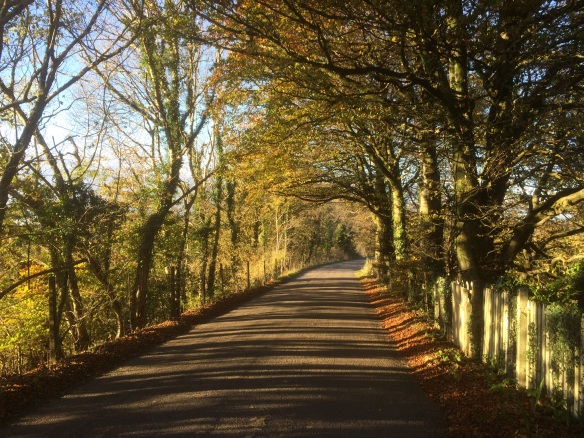 We looped through the small village of Bridestowe, which lies right on the edge of Dartmoor and paused by the old railway station. It’s amazing how many places in Britain have a “Station Road,” but sadly these days, no railway. Bridestowe’s station closed in 1968 and today is a private house shielded by high conifer trees. The old line is happily seeing use as a footpath and cycle trail allowing access to stunning scenery on gentle gradients; Cool eh? 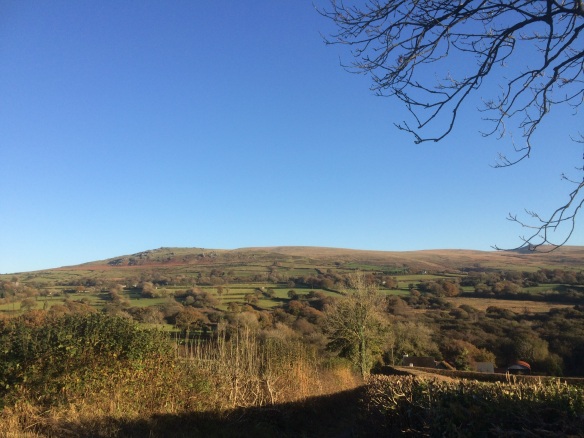 Our trundle back home was directly into the bright setting sun, tricky stuff on a winding road, so my Schuberth helmet’s integral sun visor was very much appreciated; having the right equipment pays-off you know! 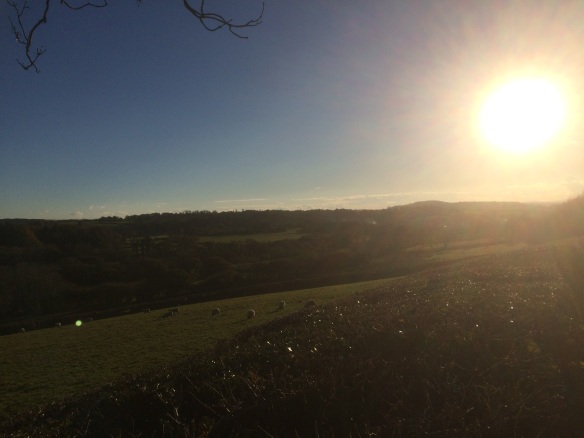 So, OK a fifty-one mile trundle is by my standards pretty small beer, but you know it’s not about how far or how fast you ride it’s all about the journey and what a Golden Day we had. 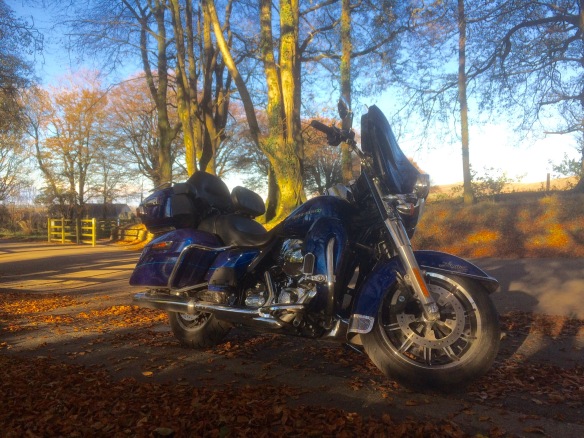