Sometimes I feel that the world is getting more scary and crazy by the passing of each day.

When I was younger we lived under the seemingly permanent threat of nuclear oblivion in four minutes time; it was the height of the Cold War and all it apparently needed was one crazy finger on the button….!

I guess we sort of lived with it and just dealt with it. Probably most of us were so blissfully ignorant about exactly what and where the threat was coming from that we were able to get on with our lives in that isolated state. Indeed any news that did filter to the general population was either very old by the time of publication, newspapers, or restricted in its broadcast, via television and radio.

These days things are just about as different as you can get. News is instant, a social commodity and generally totally unrestricted, unedited and uncontrolled.

Hysteria by media seems now to be the norm!

Over the last few weeks the world has been gripped by the spread of a virus.

Now please don’t think that I’m making light of the situation, I’m not; I am however totally fed up with the industry that feeds, leech like, on this and any other “Bad News Story” that may be circulating.

This evening I watched a news piece on British television that dealt with hard facts and real information, it took about three minutes; then we were bombarded by a succession of journalists, not scientists nor doctors, but mere wordsmiths who spent the next ten minutes speculating and hypothesising over what “might happen next.” Please people, give us facts not gossip!

You know what comes next….Time to get out on two wheels!!!

I’ve realised that probably the greatest thing about retirement is the ability to say at the drop of a hat, “Stuff it all, let’s ride!”

I rolled Hettie out of the workshop and hooked up with a mate of mine; Mark is also retired…sort of, he’s an artist, but he’s also a biker who loves the Cornish countryside.

At his suggestion we headed West, to the stunning Sennen Cove. 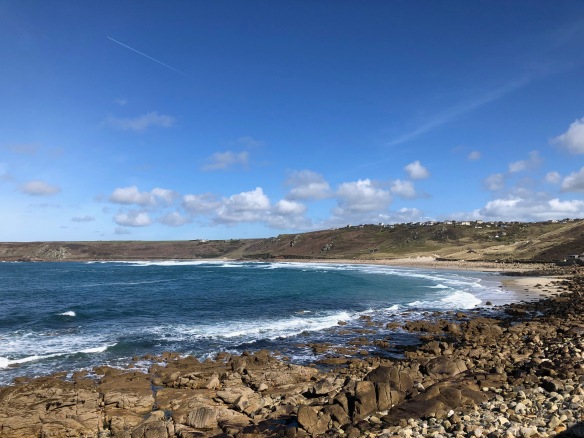 Our ride was superb, dry roads, blue sky, fresh cool air in our faces and an almost warm sun on our backs. 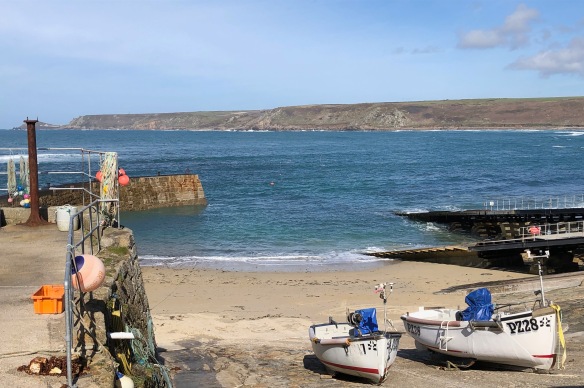 Sennen lies a couple of miles from Lands End at the extreme Western tip of Cornwall, if you put to sea here and turn left, it’s next stop Newfoundland, Canada. 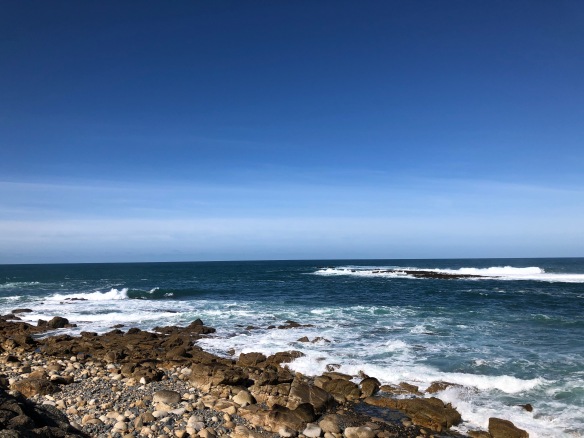 Canada is that way!

It can be wild in Sennen, but on a day like today it’s the nearest to heaven you can find around these parts. I sort of take the view that there is no point in living in a beautiful part of the world if you don’t enjoy it! 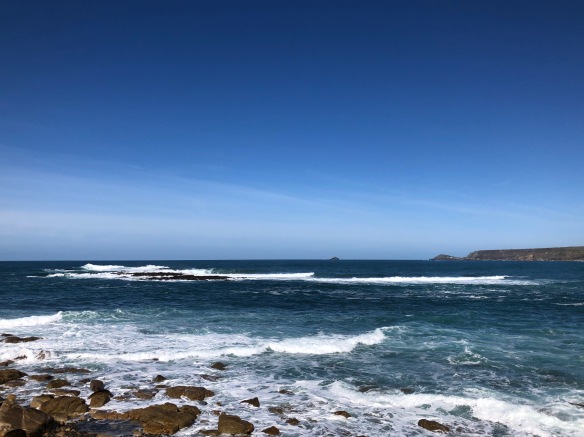 Sennen Cove is also home to a famous Lifeboat Station. 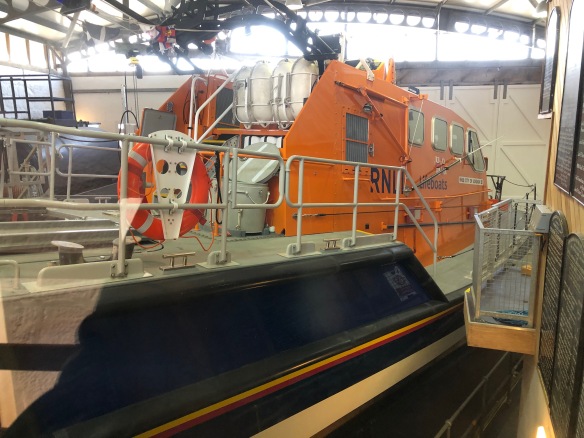 Here two boats are manned by volunteer crew, ready to go to the assistance of any in peril on the sea at any time of the day or night, whatever the weather or sea state. 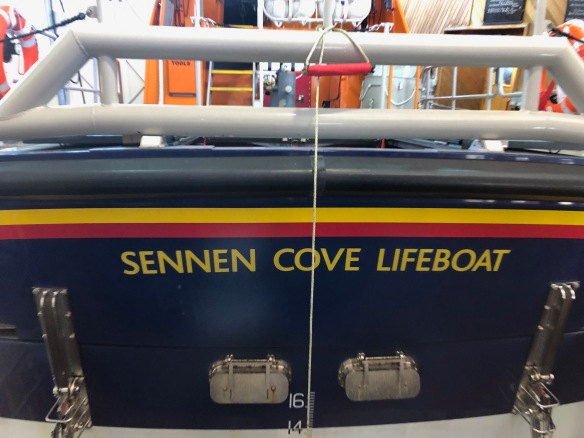 These are truly very brave and dedicated people. 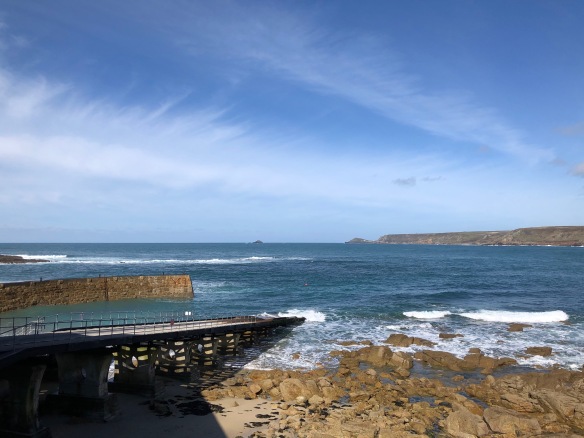 The lifeboat launches down this slipway.

Just what I needed to keep the old life perspective in balance!