Stick with me, you’’ll see what I mean in a few minutes….

It’s not hard to do when the sun is streaming through you window at four thirty in the morning and one of the farmer’s goats is rubbing it’s alpine bell on a gate post almost underneath the same window!

I quick glance at the clock showed that it was far to early to think about getting out of bed. I couldn’t resist a glance out of the window though.

Spread out before me was one of my favourite mountain phenomena, cloud inversion. 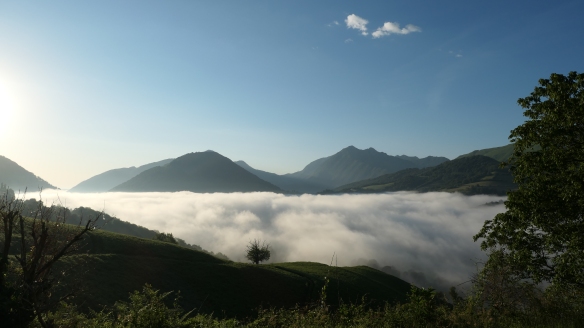 Normally as you gain altitude the air temperature drops, but during an inversion warm air finds itself held above cooler air so meteorologists say that the temperature profile is “inverted.”

What then happens when warm air lies in a layer over cold damp air is that it traps water vapour in the form of cloud, mist or fog. 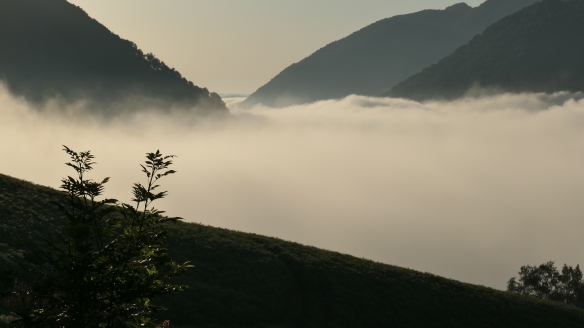 The result if you are in the valley is miserable foggy conditions, but if you are lucky enough to be above the division line between the two air masses….well, it’s just magical!

Anyway, enough of the chatter, look at the photos to see what I mean. 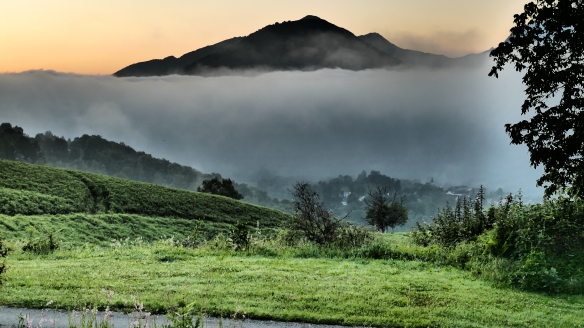 I did get out of bed, grab the camera and the results are before you now!

2 thoughts on “We Have Inversion!”