The Early Bird catches the worm; so goes an old saying.

In the middle of the Bay of Biscay it’s a little hard to catch a worm, but as reward for early rising and also not drawing the cabin curtains, I was able to see something very special. 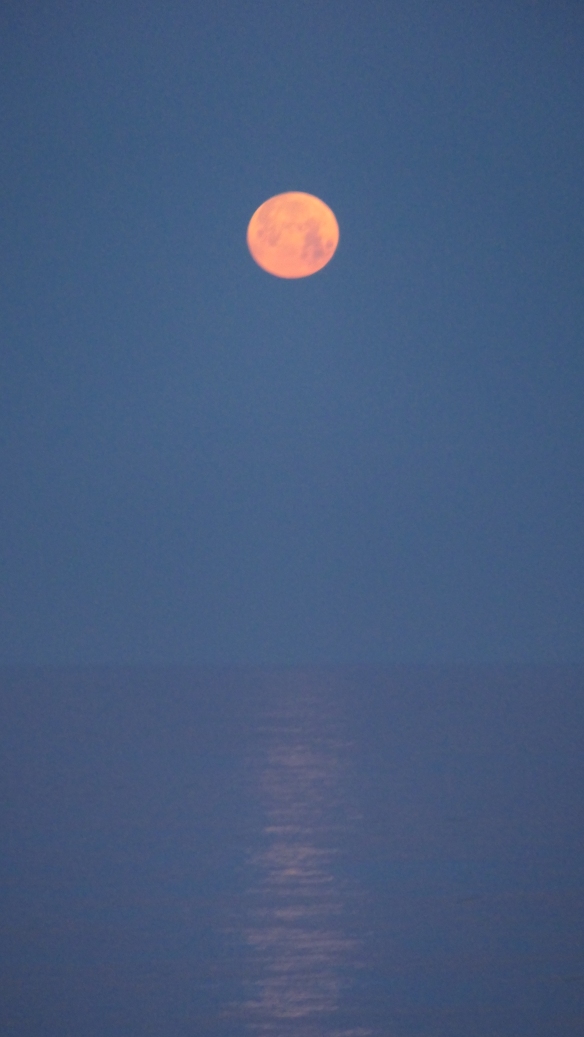 I was disturbed from a very nice sleep by the light of a full moon shining brightly into my cabin window. It was 04:30 local. Lying in bed pondering whether to turn over and sleep on, it suddenly struck me that I really should get up and watch the moon set into the Atlantic Ocean and if I was very lucky I might also see the sun rise up as well! 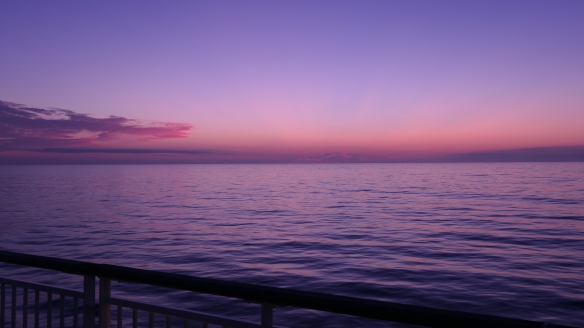 Yeah, I know, crazy, but hey…I got the worm and saw the beauty of our solar system working right before my eyes.

On the Starboard side of the ship, that’s the right to land-based folk, I watched the moon sink slowly beneath the waves and at the same time, sure enough, the sun rose out of the Eastern horizon! 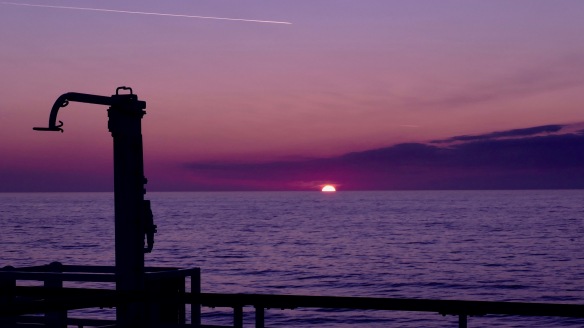 It was beauty beyond words, a little less cloud in the East would have been even better, but I’m really not complaining at all. 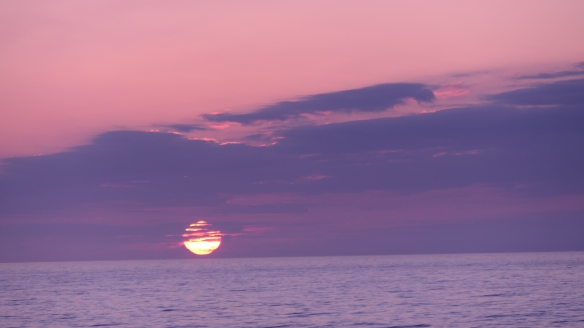 As far as I could tell, I was the only person on deck to enjoy this cosmic show and that’s pretty mind blowing when you think how far that light had travelled to be seen by only me! (93,000,000 miles from the sun and 250,000 miles from the moon, to be exact!)