All road trips have a beginning, it’s one of those things that just have to be; like the sun coming up in the morning or that eventually rain has to stop.

The thing is though, “The Beginning” is often not where you’d think it is…

In the case of my Route des Grandes Alpes trip, let’s just call it RDGA from now on, “The Beginning” happened quite a few years back in the lobby of a small hotel in Jausiers, right in the heart of the French Alps.

I was waiting to pay the bill and was idly scanning the leaflet rack on the hotel reception desk; you know the sort of display with all the local tourist attractions and suchlike?

My eye was caught by an interesting leaflet, it was about something called “La Route des Grandes Alpes.” I picked it up and immediately became fascinated. The document contained a map and description of a fantastic itinerary that stretched from Lake Geneva to the Mediterranean Sea. 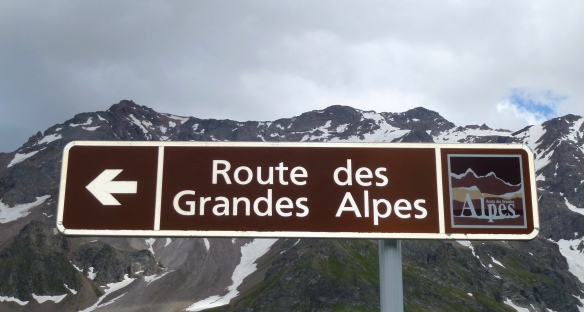 This was all new to me, but something I resolved to look into once I got home.

….and then began a bit of an obsession!

First though, a little bit of background:

The construction of the route started in 1909 at the instigation of the French Automobile Touring Club. At this time the Alps were quite an isolated region of France, roads were poor and access very limited. By constructing the new road the French Government recognised that the potential economic benefit for the alp region would also assist mobilisation of military units to defend high alpine border areas.

Construction of the road was completed in 1937 and for two years it became an important arterial route from North to South, but then in 1939 came the Second World War and thoughts of alpine tourism disappeared. Post war, the development of French motorways saw the route slip back into it’s original purpose, tourism and I’m very glad that it did too! 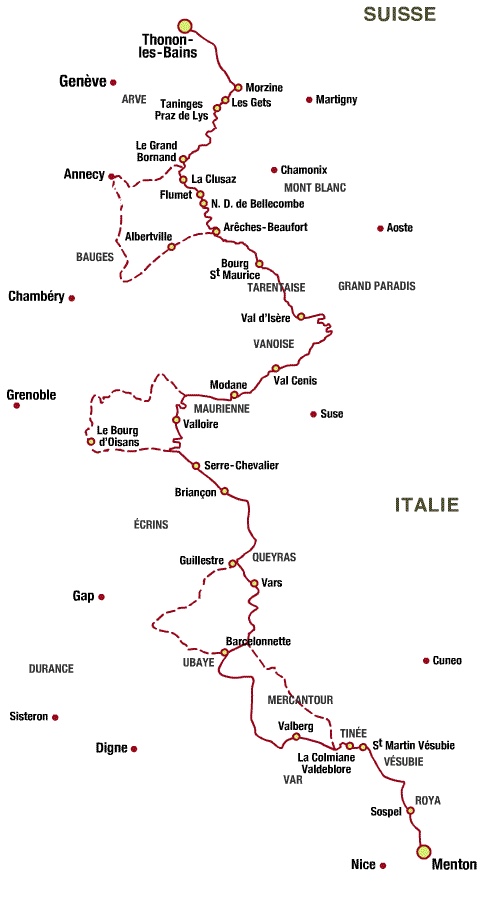 It’s fair to say that the route has been adjusted over the years, but I guess that’s the organic nature of it. Originally it took in the Chamonix valley and ended in Nice, but today has been diverted over the scenic Col de la Colombière and terminates in Menton. I’m quite glad that Chamonix is now avoided; traffic there is very heavy these days and no fun at all if you are in holiday mode!

Anyway, back to the leaflet…

Once I got back to Dookes H.Q. I studied everything I could about RDGA. I’d already ridden bits of it, but to string the whole thing together in one go was an enticing and mouth-watering prospect!
I resolved to ride it, one day…

The trouble with “One Day” is that often it never comes!

I had other places that I wanted to go explore; new places, new adventures.

“One Day” was put on the back burner.

I returned from the Dolomites last September and pondered what could be the next trip. I quite fancied a long expedition to Scandinavia, but at over 5000 miles perhaps it was just a bit too far and slightly, well very, unfair to Mrs Dookes if I disappeared for a month!!

Fast forward to a hot sunny day in mid June this year. 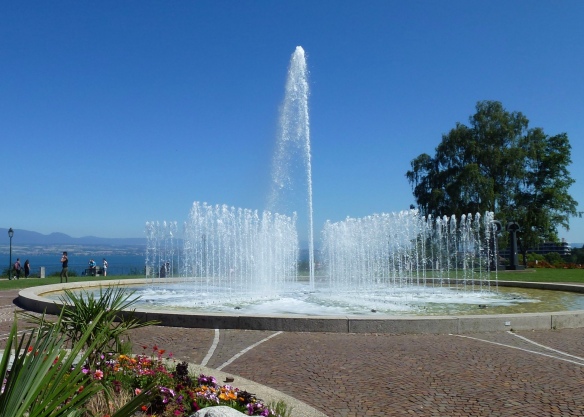 After two days of hot heavy-duty mile munching, riding from Roscoff in Brittany and covering 650 miles across France, Harls and I were in Thonon les Bains on the Southern shore of Lake Geneva. 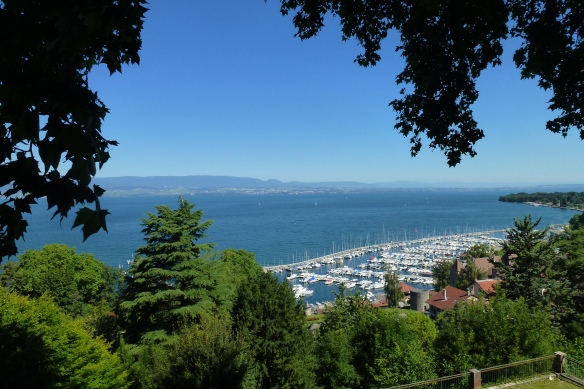 We found the Hôtel de Ville, the town hall, and turned onto the cobbled square in front of it. 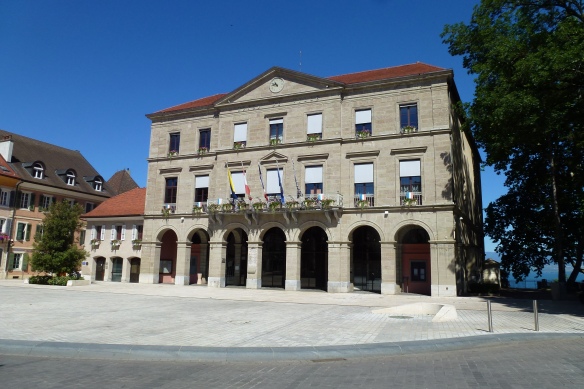 We were finally about to start “La Route des Grandes Alpes.”

The town of Thonon les Bains has embraced La RDGA and pride of place in the square is a lovely bronze plaque that marks the start of the route. 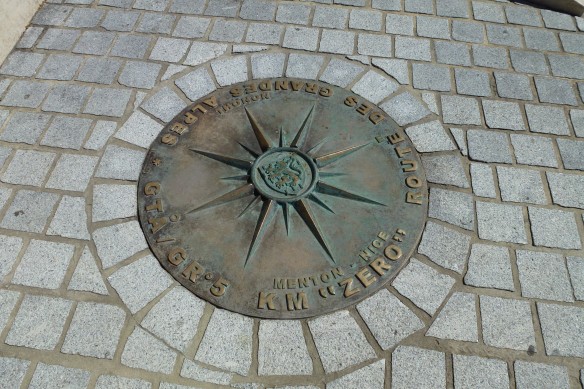 Strictly speaking the square is for pedestrians only, but no-one seemed too bothered when I trundled Harls over the cobbles and parked her by the plaque for a quick photo! 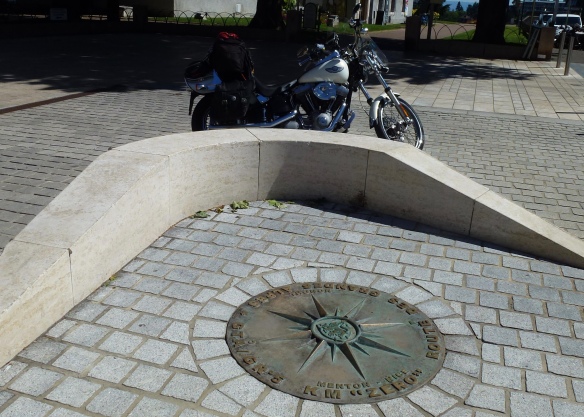 Then it was time to go, La RDGA was finally happening. I wasn’t excited, no, this was far more than that, this was the beginning of fulfilment!

Stick around for more of the story.

“The mountains call us all, the only difference is what we say back.”