Within the greater motorcycle community there are many sub-cultures; trail-riders, sports bikers, trialers, tourers, rat bikers and 1%ers, to mention just a few. It can all be pretty confusing from within the world of two wheels, let alone for those who live outside it!

Alongside these various groups there is also a veritable dictionary of words and phrases used to describe bikes, bike activities, parts and accessories. From baggers to bobbers, cruisers to custom, semi-apes to shotguns and then there are farkles….

Today, let’s have a look at “Farkles.”

When a motorbike owner fits accessories onto their machine, in essence to customise it, the newly fitted parts are often referred to as “farkles.” The word is generally accepted to mean a combination of function and sparkle, hence, farkles.

These added parts can cover a plethora of accessories from Sat Nav devices, heated grips, touring luggage, alternative exhaust pipes; the list is frankly only limited by the imagination and wallet size of the owner!

At this point I have to admit that old Hogrider Dookes is not immune to adding the odd “farkle” on his bikes.

The big blue Ultra Limited is very well equipped as standard and really doesn’t need much in the way of enhancement, however there is one thing that has been on my “to do” list almost since I bought the bike and that’s the windscreen.

As supplied, the screen on these bikes is best described as ornamental, rather than functional; which is a shame as the fairing to which they are fitted does an excellent job in keeping wind and weather off the rider and pillion. 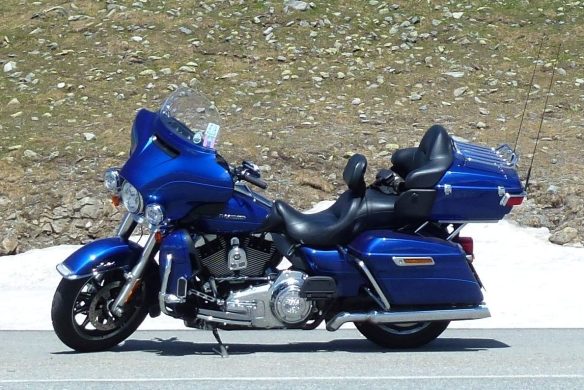 My friends at Harley Davidson are very cute when it comes to selling accessories for their motorbikes. They advertise that your bike can be customised and altered to your personal taste and fit….of course at a price!

Anyway, back to the screen.

Basically the as delivered screen was to small for my liking. I noticed that at certain speeds the slipstream was catching the top of my crash helmet and giving my head a bit of a rattle! Harley Davidson make a range of alternative screens that they call “Windsplitters,” which they claim can cure the problem. I popped into my local dealership earlier in the year and borrowed a couple of different sizes to try out. Yes winter riding again!

As I tried out the different options I got pretty good at the fiddly process removing and refitting the screens too!

In the end I found one that suited me and as so often happens in my local Harley dealership… cash changed hands…. it’s always from me to them though!

In due course my new screen arrived and it’s been on Baby Blue for a few weeks now, long enough for me to assess it’s performance. 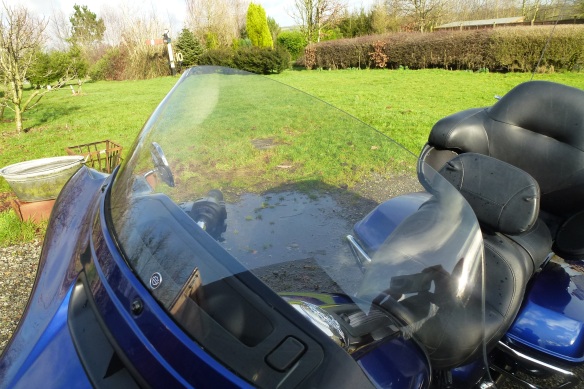 Was it worth getting?

Yes I think it was. It’s wider than the original which offers greater wind protection to my hands and arms. It’s top edge has a clever little profile change that pushes the air up higher over my head and cuts out the wind buffeting, which is exactly what I wanted. 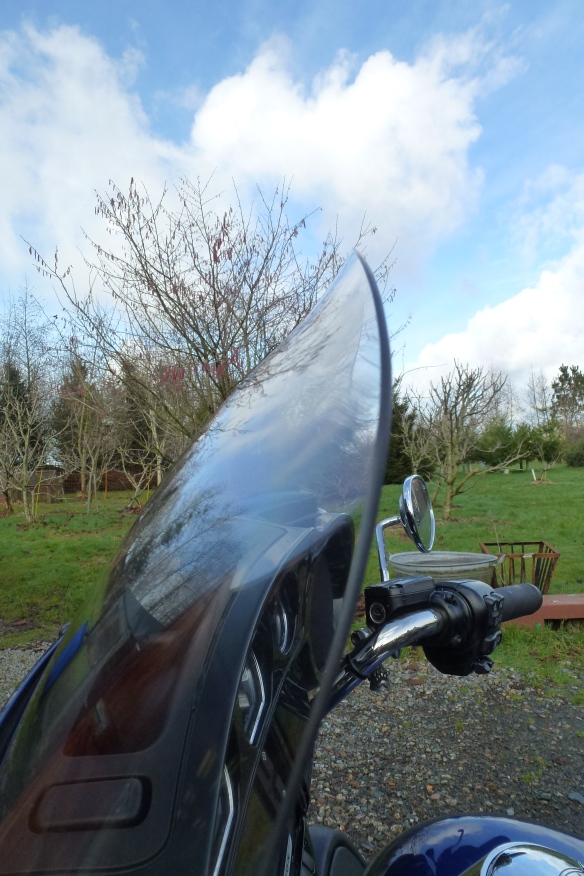 I must admit I am a tad disappointed with the thickness of plexiglass that the new screen is made of, it’s nearly 2mm thinner than the original, which meant that I had to make a neoprene gasket to ensure that it was firmly gripped when mounted in the slot on the top of the fairing, minor, but very annoying!

So there you are… 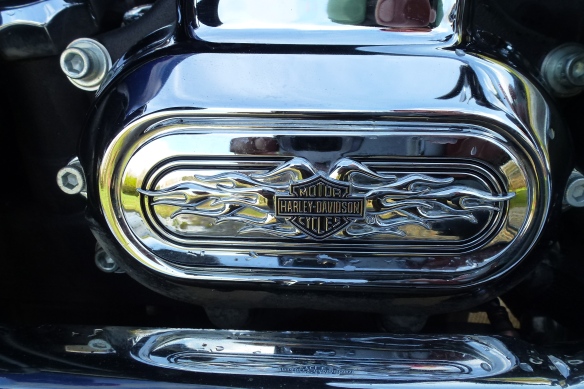