When I finally tore myself away from the convivial atmosphere of breakfast I had slight pangs of guilt about not finding any sea salt yesterday! So Harley and I set off to find some, just to prove it does exist… so here you go! Piles of the stuff! 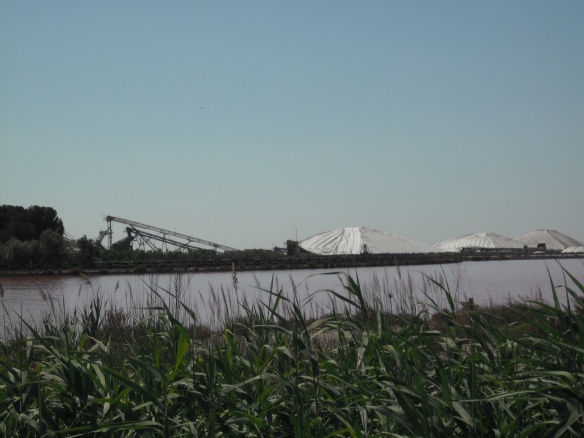 And a lagoon where the sea water is evaporated and the magic happens! 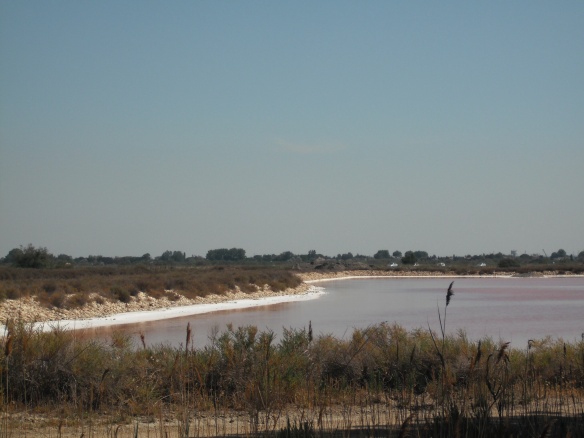 Then we set off to see the Mediteranean, because it was there! 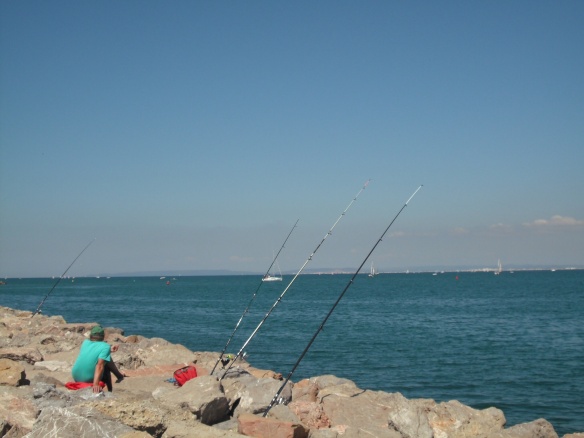 Enough of all this I hear you say, what about Ventoux! We left the Med behind and had a pretty hard ride, mostly by Autoroute, to Avignon and Carpentras. Avignon was its usual overloaded with tourists crazy busy place, whilst Carpentras is best seen form the ring road! The countryside starts to get a bit more hilly as you approach Bedoin, then the real climbing begins!

Mont Ventoux stands at 1912metres above sea level. It’s largely a limestone mountain, which can clearly be seen on its bare summit slopes and this gives it the appearance, from a distance, of permanently having snow at the top. Although it stands alone, it is technically part of the Alps. It is frequently a Hors category climb in the Tour de France and I desperately wanted to ride it! I wasn’t disappointed, it was ten uphill miles of total enjoyment and if I ever get to figure out how to post videos I show you all just how good it is! Let me firstly pay tribute though to the thousands of cyclists that ascend The Beast every year. I really salute them, they must go through hell to do it and hate sods like me who cruise to the top powered by fossil fuel! The serious business starts at Le Chalet Reynard, sweeping bends wind through the woods, which slowly change from chestnut to pine as you climb. The road is quite wide, with a specially marked lane for cyclists, on the up side. Harley was in fine spirits growling up through the trees and running on 10% Ethanol fuel to boot! We burst out of the forest and onto the bare mountain, there were cyclists everywhere. Past the Tommy Simpson memorial and on to the summit, which was crowded with cyclists, most of whom appeared to be German! Well actually they were making so much noise it was bleedin’ obvious that they were Germans!  So, some photos…

Looking towards the top. 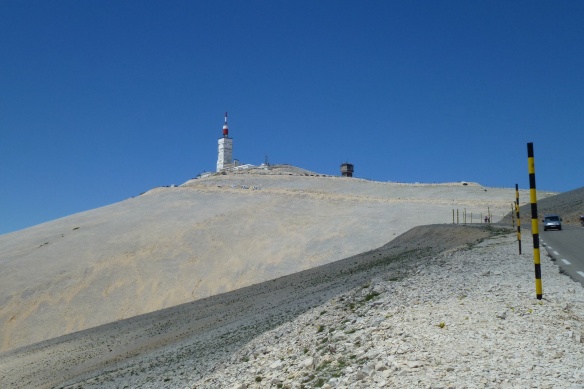 The view at the top, looking north. 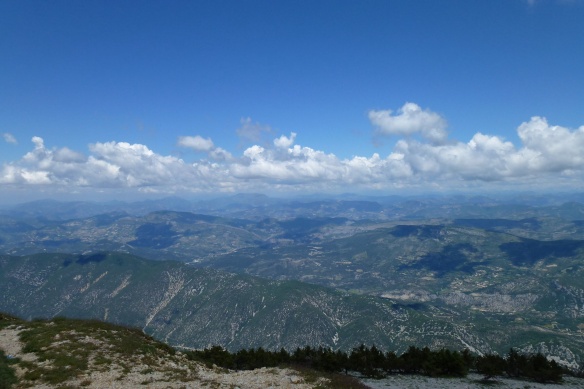 The Tom Simpson memorial, we popped back down to pay our respects. He may, I n modern eyes be viewed as a cheat, but remember that everyone else was doing it as well. No excuse I know. He does deserve to be remembered as a great British sportsman. His last words as a lay dying on the mountain were “put me back on my bike!” 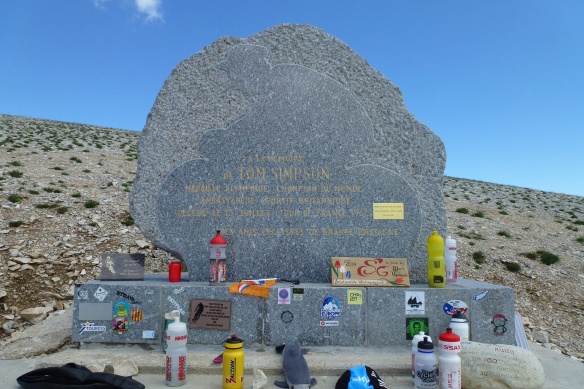 ……and the finest looking lady on the mountain today, but hey I’m biased! 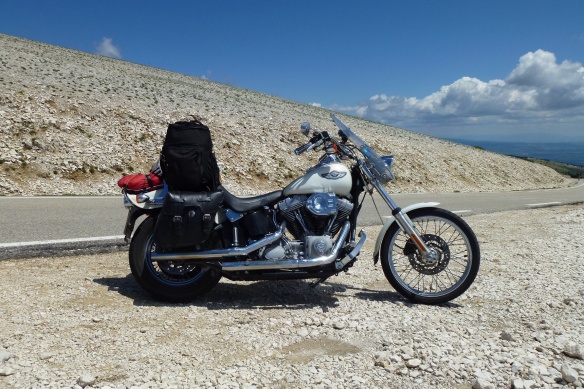 We had a flowing run down the north side to Malaucene, not much vehicle traffic, but still loads of cyclists. I followed one who was doing 50mph, madness! With the road being quite empty I took the opportunity to try different combinations of brake and gears on the hairpins, very useful stuff.

I’ll tell you about our run up to Gap in another post, I’m off to get some sleep! Catch you tomorrow.

1 thought on “The Beast Of Provence”