On Tuesday morning we left our overnight accommodation in Avranches and rode along the Normandy coast to Mont Saint-Michel. This is the famous island commune that lies approximately half a mile off the mainland and is now a UNESCO world heritage site. When I last visited, twelve years ago, it was possible to drive along the causeway virtually to the island. These days, in a bid to control the three million visitors a year, there is a park and ride bus service from a massive and superb car park. It was a shame that we couldn’t get any closer, so this photo will have to do! 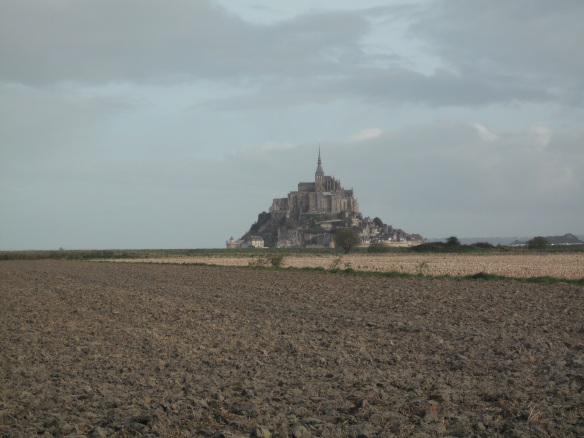 We then had a super sprint back to Roscoff, with a visit to the hypermarket and then the beach at Carentec for a photo stop, before boarding the ship for home. 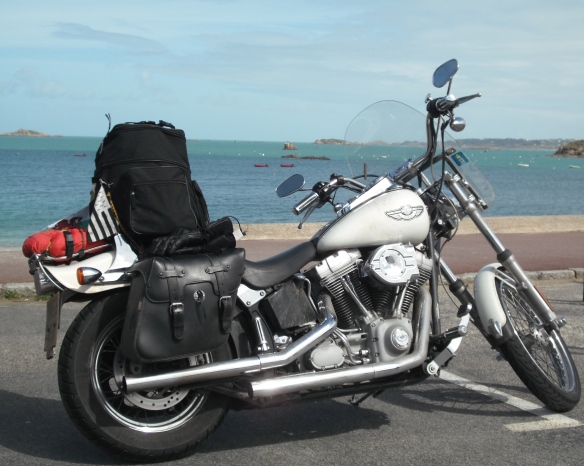 Our ferry crossing back started with a bit of a heavy swell, but soon the sea eased and with the setting sun, it was a very pleasant trip across the water. 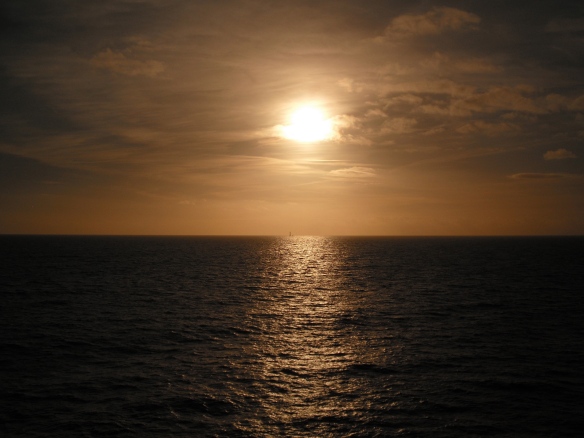 It’s now Wednesday evening at Dookes H.Q.. I just washed the Normandy mud off Harley and have had a chance to take stock of our frantic few days in France.

As ever the motor-cycling has been total joy, yes even when we got caught in the thunderstorm – things like that show how good your equipment is as well! The French autoroutes may be a bit tedious, but they pass through wonderful countryside, whilst the lovely ‘D’ roads are just that, as a dear friend of mine says, “lovely!”

For the remainder of our visit it was a real mix of emotions. The cemeteries are strange places, each seems to have it’s own specific atmosphere as indeed do the battle sites. We visited many of the Commonwealth War Graves, a couple of French ones and also the German cemetery at Fricourt. The latter is a most disturbing place, very austere and quite depressing, with rows of graves marked by stark metal crosses and only the chilling squawk of crows in the trees for company, there are no tended flowers or shrubs. I’m not being anti-German or jingoistic, it really did feel different. Here we saw four mass graves containing the remains of nearly 12,000 men, over half of whom are unknown. I noticed that one cross had a message from a German chap who had been looking for and found his Grandfather, just like me really, except that mine did not remain in the soil of the Somme like his. I did say no more cemetery photographs, but this is part of Fricourt, just so you can see what I mean. 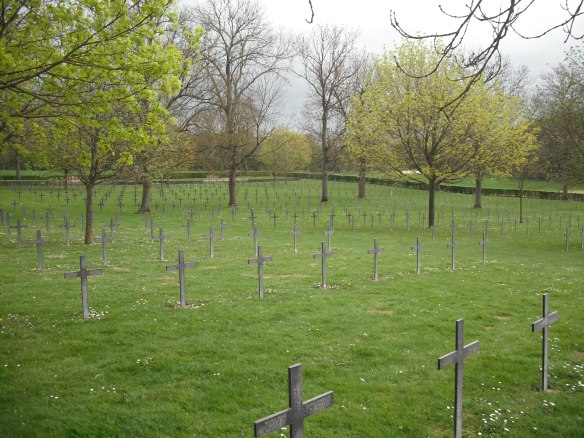 In the cemeteries of each nation we saw graves from many different faiths; Muslim, Christian, Jewish, Hindu, Secular…the list is long. The French people are fantastic in their attitude towards remembering the Great War. There is a real sense of protecting the legacy and ensuring that the young are taught about the sacrifice and significance of what had happened in their country. On Sunday morning we saw a number of groups of school children being guided around near Pozières. I spoke to one of the guides, a local school teacher, who told me that all of the children in the local area are taught about the events of nearly 100 years ago as a matter of great importance. She asked if I had any link with the Battle of the Somme and when I told her about my Grandfathers, she thanked me for what they had done. I was humbled.

The former battle grounds are interesting, often for what still remains on view, aside from the incredible historic story. Beaumont-Hamel, a scene of tremendous sacrifice by Canadian troops from Newfoundland, has been bought by the Government of Canada to permanently secure the memory of what happened on that spot. The trenches can still clearly be seen, although now covered in grass, one or two are open to allow visitors to see where the Canadian troops once fought and died. It was a moving thing to quietly walk in there on such a pleasant spring evening. 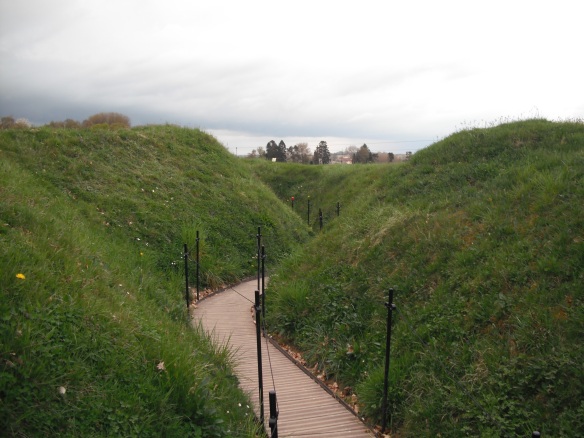 In nearby Delville Wood, where South Africans had fought from shattered tree to shattered tree, the shell holes are now covered in wood anemone and bluebells. It is a very tranquil place that I found imbibes a sense of well-being and contentment, most comforting. 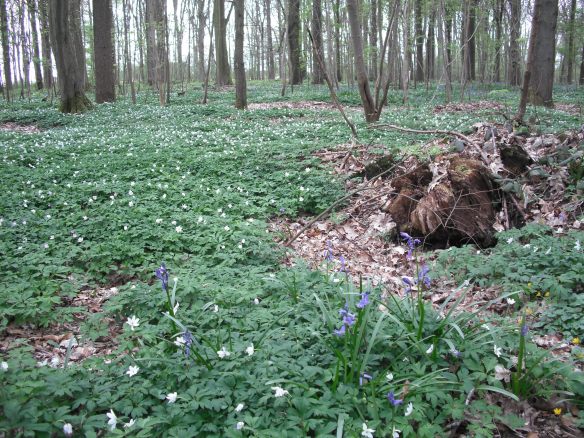 France is currently gearing up to four years of commemorations linked to the centenary of the events of the 1914-1918 war. True, the cynics can say that there is a degree of cashing in on the whole Great War nostalgia thing. What I have seen, however, is a determination to mark the dates with dignity and reconciliation, whilst welcoming visitors from all over the world.

I believe that history still has much to teach us; both about the past and if we look hard enough, about ourselves now and in the future. Maybe sometimes we just need to look a little harder.

I’m just grateful that I ride such a wonderful machine whilst I keep looking!

I’ve got a silver machine!